TLDR: This brew day was successful, in that at the end of it wort was transferred to my conical fermenter. As of yet, some weeks later it is not ready for drinking testament to which is that I just suffered a weekend of yeast eating all available mono-saccharides they could find within in my gut.

The grain bill for my tenth foray into homebrewing was taken from Craft Brew by Euan Ferguson and is more or less identical to that of William Bros ’s 80/- recipe included in the book. William Bros are a craft brewery from Alloa , home of my aunt and also a town with a brewing heritage and one that I, for some reason, associate with 80 shilling.

The hops were Goldings 5.2% (the percentage being an indication of alpha acid volumes) and the yeast was White Labs Edinburgh Scottish Ale Yeast (WLP028).

What was notable about this recipe were the lack of volumes for water and wort at the various stages and any indicative suggested method to follow. As such, I crafted a brew day plan based on previous brews and hope that it works out.

In absolute contrast to the previous attempt at this beer, this brew day was almost flawless. After the Grainfather blocked pipe incident that sabotaged my previous brew, I took to the net to find a solution and found that Grainfather themselves had admitted this flaw exists and created a filter basket which sits at the top of the mash tun above the upper filter plate and catches errant grains before they reach the circulation pipe.. at least in theory. In practice, this only works if you are brewing a beer with sufficient enough a grain bill to allow the upper plate to sit high enough for the walls of the new filter basket to sit higher than the height of the circulation pipe inlet at its lowest setting.. this was not the case in this brew and I had to spend 47 of the 50 minutes holding the basket in place, with my fingers millimetres above the 71°C wort being circulated below. It seems to me that a far more useful solution to the issue would have been for the basket to be welded to the removable circulation pipe inlet hence ensuring the basket cannot fall below the height of the inlet itself. As mentioned in the previous blog post, looking into this a bit more to see if I could fashion this solution, instructed me that this needs a brazing specialist and is not really a viable option during lockdown. 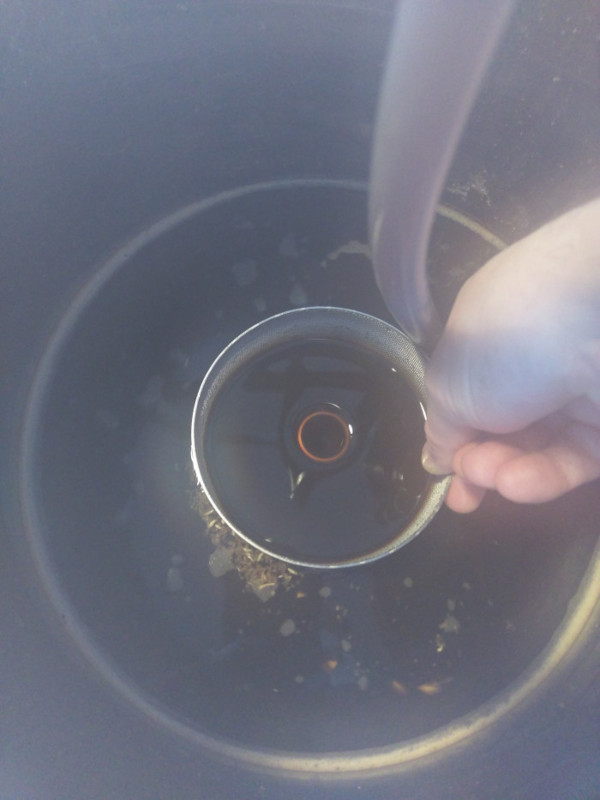 Aside from this, the brew day was good. This was the first brew which I’ve done that mandates a 50 minute mash, previously this has always been at least 60 minutes. The purpose of the shorter mash is presumably to allow for a sweeter wort and resultantly a sweeter beer as the amylase enzymes have less time to breakdown the non-fermentable polysaccharides, so a greater volume of these are transferred to the fermentation vessel and as the yeast cannae eat them, into the beer. As I am trying to work towards a reasonably sweet brown ale for a future recipe idea, I was happy to give this a go.

The nominal O(riginal)G(ravity) target for this beer (it was a bit of a hybrid but taking the gravity targets from the William Bros recipe) was 1.048 S(tandard)G and I hit 1.043 which is a little further from that target than I would normally hit if following the recipe verbatim, but the focus of these series of beers is the impact of the grain on the colour and flavour of the beer so hitting gravity targets is an added bonus, if it happens. The F(inal)G of the William Bros beer was 1.012 with an ABV of 4.2%, the FG of my beer after two weeks in the fermenter was 1.018 which would be disappointingly high if I cared, but I don’t.. honest.. and results in an ABV of 3.9%.

The current status of the beer has been impacted a little by my kegerator finagling (replacing spar and clasp connections with John Guest connections, replacing gas regulator and trying to eliminate the gas leak that I previously found) and so doesn’t seem to have carbonated effectively with the two weeks of conditioning, it’s back on the gas feed and I’m giving it another week or two. I do NOT want to ingest more live yeast from this beer! On the plus side, the aroma is excellent, it has a treacle-like richness to it that I hope is reflected in the final beer, whenever it decides that it is ready!

I am about to keg my latest beer from my eleventh brew day and hope to cold crash it if I can convince my beer fridge to run at close to or below 0°C, I’ll condition it first to try and avoid any oxidation, finger’s crossed that it works! 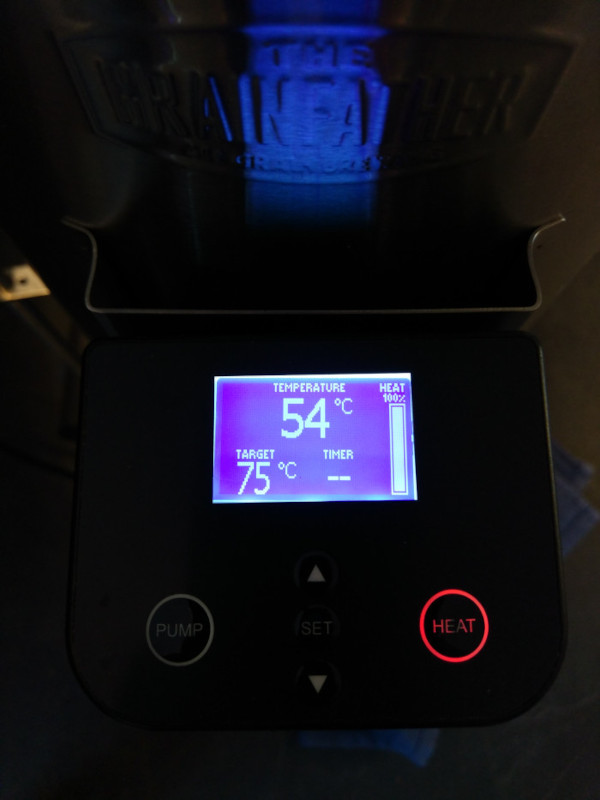 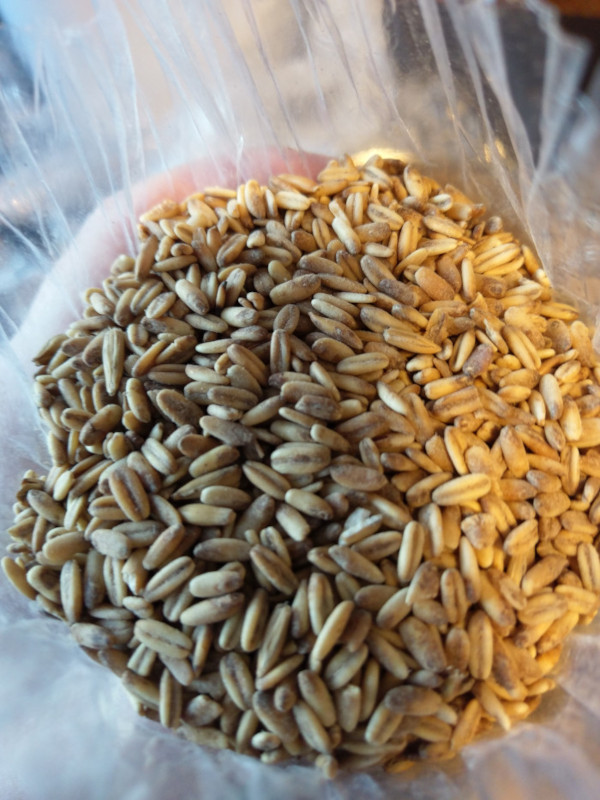 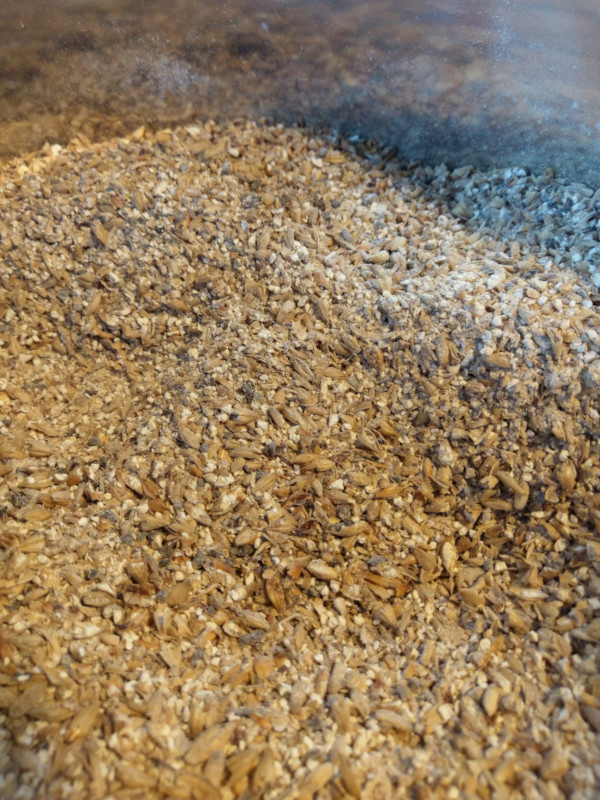 Brew no. 10, second of the year and second attempt at an 80 shilling beer based on Alloa's very own William Bros. beer of the same name