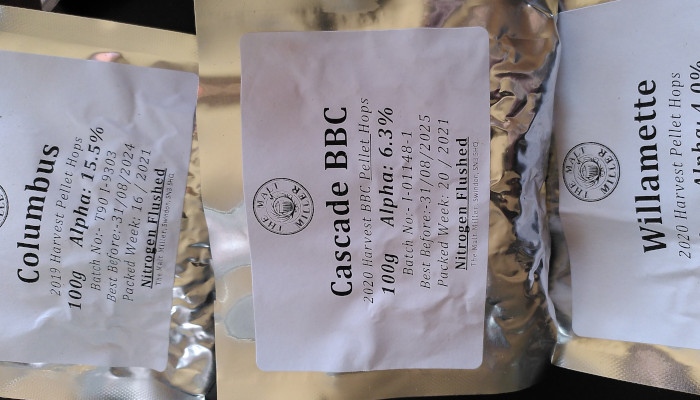 I like to break up the slight monotony of a series of the same type of brews with a guest beer brew day, where instead of focussing on a technique or ingredient influence, I can just chill out and make a nice beer. For my 17th brew day, I opted for Siren’s Undercurrent Oatmeal Pale Ale as something about the recipe resonated with me and I love oats in a beer. I don’t remember ever sampling this beer before and perhaps if I had, I may have opted for something a little more interesting (for my taste), my attempt at Siren’s Undercurrent was disappointingly underwhelming.

The brew day was pretty straight-forward with the only real difference to my normal routine being a slightly longer boil which, and I may be mistaken here, lends itself to a slightly sweeter finish.

I wasn’t able to get one of the hops (Palisade) so switched it out for Williamette.

I was tired the night before so had decided to clean and sanitise the brewing kit in the morning before the brew, this is always a mistake but sometimes unavoidable and basically always leads to me struggling to get my head in the game. What should have been a very easy brew day turned out to be a series of micro-errors.

I did however, hit close to both original and final gravity targets but the resulting beer lacked a little character and as this was before I replaced the o-rings in my cornelius kegs it was ever so slightly oxidated.

That said, every brew adds to my experience and knowledge and this one was no exception.