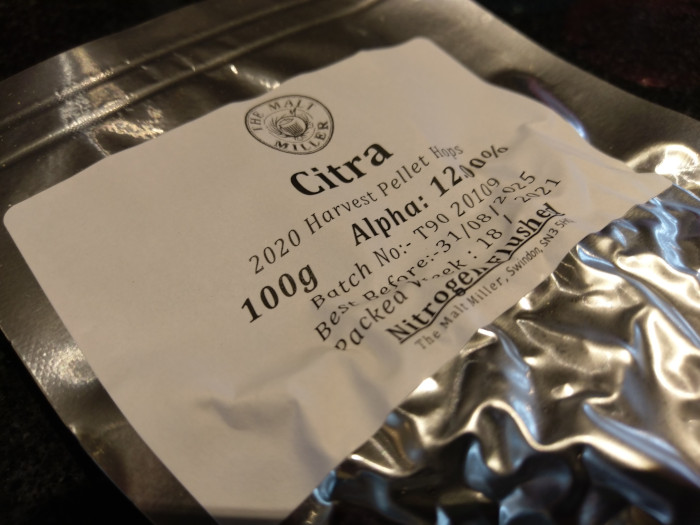 Two Out of Three Ain't Bad

Two out of three ain’t bad..

.. but the third was excellent!

After a semi-successful run of 80/- beers in an attempt to develop the base for my first future commercial beer, I have moved on to the study of hops. In order to best study the contributions of the humulus lupulus I’ve been brewing a small run of SMaSH IPA beers, which are brewed with a single malted barley grain bill and a single hop. I’ve stuck to the same yeast for each of the brews but I did swap to an extra pale ale maris otter malt for the third brew, from very slightly darker pale ale malt.

Again, like in previous brews, due to the length of time it takes for a beer to be brewed and conditioned, along with the frequency of my brew days (approximately every two weeks), I can’t directly apply lessons learned from the previous brew day to the next one. As such, in the case of these three beers, the third beer benefited from lessons learned from the first brew (although the first beer hadn’t yet been carbonated or conditioned by then).

Each of the pretty straight-forward brew days went smoothly but the first two beers were somewhat underwhelming, drinkable but with very muted aroma and flavour profiles. I quickly realised that I had made somewhat of an error of judgement in the first two brews, which I’ll explain in the moment, and made a correction for the third day which was a game changer.

The realisation dawned on me when I was thinking about tea bags, particularly the pyramid bags that my in-laws use to package their tea in. For the first few brews and for several previous brews, I had been using muslin bags to place the hops in for each of the additions, but unlike in the case of a tea bag where there the leaves are loose and there is a lot of space within the bag for them to move around, I had packed the muslin bags pretty tightly, so that they wouldn’t open (I was using very small bags) mid-boil. As a result, I think that there wasn’t enough surface contact with the hop pellets and they weren’t able to properly breakdown and emit their goodnesss in to the wort. On the third brew day I reverted to using a hop spider which allows the hops to move freely but captures (most of) the spent hops (trub) so that they don’t make their way into the fermenter. My suspicions were correct and the third beer was in no way muted.

I used White Labs WLP001 California Ale yeast for each of the brews as it is a reasonably neutral yeast with regards to its own flavour impact and is good for light and crisp ales.

Brew day 1: Motueka was the hop of choice and is one that I’ll revisit. I chose this because I have enjoyed a number of New Zealand beers over the past few years and for some reason it is the one hop that stuck in my mind from reading the cans. It is an aroma/flavour hop with low alpha acid content (~7%)which means that it isn’t often used for bittering. According to ‘For The Love of Hops’ by Stan Hieronymous (2012), Motueka imparts a citrusy flavour, most notably lemon and lime as well as tropical fruits. My muted version has a sort of dull tropical fruit feel to it but not prevalent enough to identify.

Brew day 2: I chose Challenger for its noted aroma and flavour contributions (wood and green tea according to James Morton (2016)) with an eye on future tea based beers. Again, it is a low alpha acid hop which will likely be important as tea may impart some bitterness, depending on the type and timing of its addition. Stan Heironymus (2012) mentions that this hop was embraced by English brewing company Bass and is noted for its fruity and spicy qualities. As per above, my use of muslin bags has resulted in an underwhelming, muted but drinkable, if not exactly enjoyable beer.

Brew day 3: Citra! A very popular hop for homebrewers and commercial brewers alike, famed for its dual purpose utility, in that whilst it is a reasonably high alpha acid hop (12%) and is therefore great for bittering, it also imparts a very crisp, citrus fruity flavour which in my beer, I perceive as grapefruit*. Mr Heironymus (2012) has the hop as being “rich in passion fruit, lychee, peah, gooseberries, and a laundry list of other unusual (for hops) flavours”. This beer is probably the cleanest, crispest and best brewed beer that I’ve made so far. It isn’t exactly complex but there is zero oxidation and it drinks beautifully. I’m very, very happy with this and will be pouring myself one as soon as today’s SMaSH brew is over (Amarillo).

This was also the first brew which I used my new Plaato valves which prevent an issue that brewers can experience when cold crashing, called suckback, and my first attempt at cold-crashing. The glycol chiller that I have is only capable of chilling down to 4°C and struggles to maintain that, so the temperature fluctuated a bit between 4-6°C. In a commercial brewery, you’d probably be aiming for around or slightly below 0°C but despite this, there was some improvement in haze reduction and final beer clarity. I’m happy with this first experiment.

*Segue: I recently learned that whilst we all have around 1000 olfactory receptors which sit behind our noses and are activated in unique combinations which may invoke memories or pre-conceived flavour profile, before building a flavour perception in our brains. However, we each have only around 360 of these receptors active, and they are not the same 360 receptors for everyone so we genuinely perceive flavour and aroma differently. This is why you can read a wine, beer or whisky (or anything consumable) flavour profile and be entirely bewildered after tasting as to how anyone could have arrived at those descriptors (Heironymus 2012). It isn’t ALWAYS pretentiousness!

I took a break after this mini-series to brew a beer by Siren brewing, which I’ll write about next time, there were an abundance of tiny mistakes, my head was not in the game, and though I’ve yet to taste it, I don’t have high expectations.