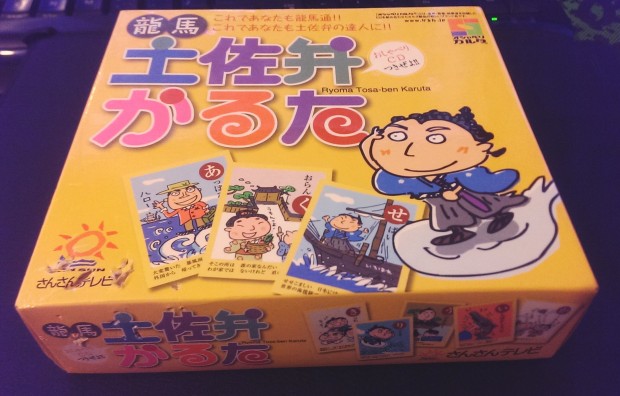 I consider myself very fortunate to be married to a hachikin (はちきん), a strong (mentally, physically, emotionally, alcohol-ly) woman from Kōchi prefecture in Shikoku. Not least of all because our relationship has introduced me to breathtaking Kōchi countryside, the exceptionally accepting and very friendly people of the prefecture, a couple of ancient drinking games and a famous samurai about whom I have learned much and have much more to learn.

Moreover, one of the unexpected bonuses of our relationship was (and still is) the introduction to Tosa-ben (土佐弁), or the Tosa dialect. Tosa is the ancient name for the province of Shikoku that is now modern day Kōchi prefecture. Despite being very lacklustre in my attempts to speak and/or learn standard Japanese, I was surprised to discover that I find Tosa-ben fascinating, infinitely more so than textbook nihongo. 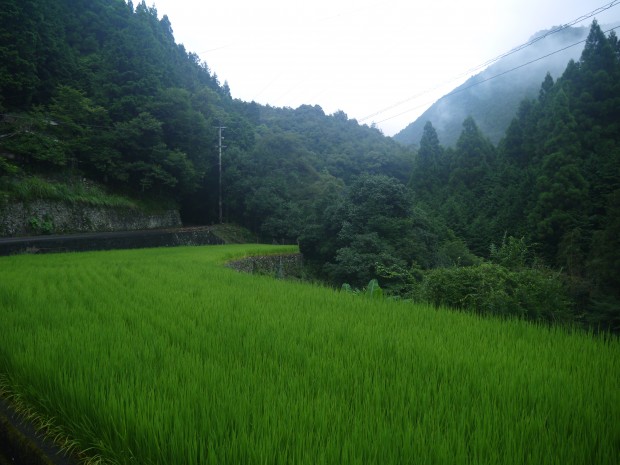 There is something about speaking a Japanese dialect that is a good leveller, though not suitable for many situations the ‘bens’ are affected versions of casual Japanese and so speaking to someone in Tosa-ben or any dialect brings everybody down or up to the same level. As a non-native Japanese stumbler, I’ve long struggled with applying the relevant level of politeness to my specific environs and generally resultantly cobbled together a hotch-potch of casual form, polite form and uncustomary stuttering when I communicate.

So I find the idea of speaking in a dialect which is bound to casual form as a very refreshing, attractive prospect. It also helps greatly that my in-laws all speak largely in Tosa-ben so this enables me to pick up vocabulary relatively quickly and (with the help of alcohol) to communicate with them in an acceptable manner.

Unfortunately, like most language related knowledge or memory, if you don’t use it you lose it and I’ve already forgotten about half of the Tosa-ben that I’ve picked up on my few visits to Kōchi. Therefore, this blog post, which will hopefully run into a series, is multi-functional: it allows me to share some fascinating non-standard Japanese with you; it enables me to study and learn more Tosa-ben and it also allows you to correct me! I’m sure I’ll get a lot of Tosa-ben speakers who are also fluent in English reading this blog.. ..

By way of a disclaimer, as I’ve hinted at above, my standard Japanese is pretty poor and I’m a beginner in the ways of Tosa-ben.. so this series of posts probably shouldn’t be relied on as a serious study resource. 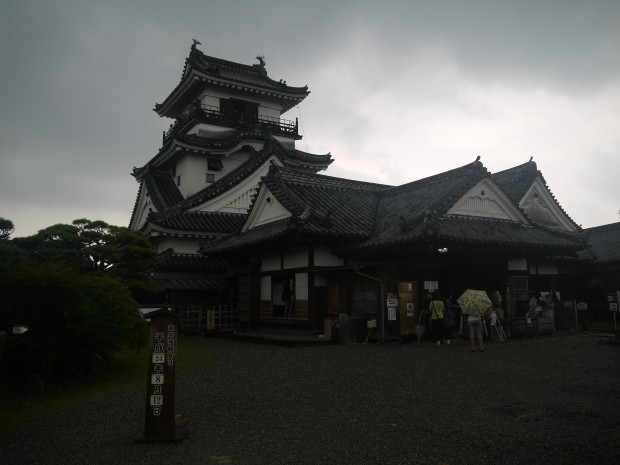 Before we get on to mentioning any Tosa-ben however, a wee story. On my first visit to meet the in-laws in Kōchi we visited a lot of family friends and extended family. lot’s of people were eager to meet me and to gauge my opinion of their hometown etc. One of the visits was to Mr Tequila‘s mother, who was a lovely lady who promptly provided us with tea on our arrival. After finding out that I was interested in learning more Tosa-ben she presented me with a gift! 「龍馬・土佐弁かるた」- a card game called Ryōma Tosa-ben karuta (no idea what the last word means). Sakamoto Ryōma is a very famous and very influential samurai in the intricate weave of Japan’s history.

The card game consists of a CD and 2 sets of 45 cards, reading cards (読む札) and pickup cards (取り札). The reading cards have a phrase incorporating a highlighted Tosa-ben word as well as a stanard Japanese alternative for the phrase. The pickup cards have a picture and the same Tosa-ben word, with the first character highlighted, as well as having the standard Japanese phrase. The CD has each of the Tosa-ben phrases orated, presumably. So how do you play the game I sense you internally querying.. I haven’t the slightest idea!

When I’ve asked my hachikin how its played I’ve been told its really easy, you match one card with the other.. That certainly sounds easy but for someone who hasn’t ever played the game before it isn’t a particularly thorough description.

So for over two years I’ve sat with this much appreciated gift that I haven’t been able to play with even once. Then just last night when I was positioning the box for a photograph, I discovered that the instructions are printed on the side of the box. Here they are in full.

Now all that remains is for me to translate this in the hope that they are a little less vague than my previous instructions.

I’ll delve a bit more into examples of Tosa-ben in subsequent posts but I’ll leave you with a small selection of simple Tosa-ben terms.