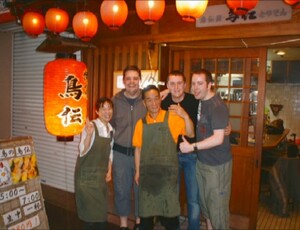 So there hasn’t been a great deal of activity on this blog for the past several weeks and so I thought I’d apologise to the literally one’s of readership for this lack of attention. I have been working a considerable amount of hours, split between 3 jobs, 2 part-time and 1 full-time in order to accrue some funds to purchase a netbook and a Panasonic Lumix LX3 for my incoming trip to Japan. As a result of having little to no social time I’ve not had much to say really.. sorry ^_^.

With the initial stages of my year in Japan now very imminent I have been thinking a lot about what I want to do and see in my first 3 or so weeks of travelling prior to my arrival in Okayama on October 1st. There are a few places from my holiday in 2006 which I would like to revisit, such as Arashiyama.. this small town is still responsible for some of my fondest memories of Japan. Myself and my travelling companions stumbled upon Arashiyama whilst staying in Kyoto, Alexander wanted to see a bamboo tree forest and according to Mr. Google this was the place to satisfy his desire. However, little Arashiyama harbours greater delights than bamboo trees.. on our hunt we discovered a snow monkey sanctuary atop a small mountain, followed shortly by a very quaint, ramshackle little Buddhist temple atop the next mountain.. a very cool wide river adorned by traditional style boats and lots of gift shops. We were told that Arashiyama is a place where the Japanese like to go on holiday and not a massive amount of Western tourists make it to the town. It was stunning.. we did also find a bamboo forest so everyone was happy. It just so happens that I have a friend who is studying for a short while in Kyoto and a very helpful tutor from Okayama University who hails from Kyoto so a return trip to Arashiyama has a solid place in my makeshift itinerary. 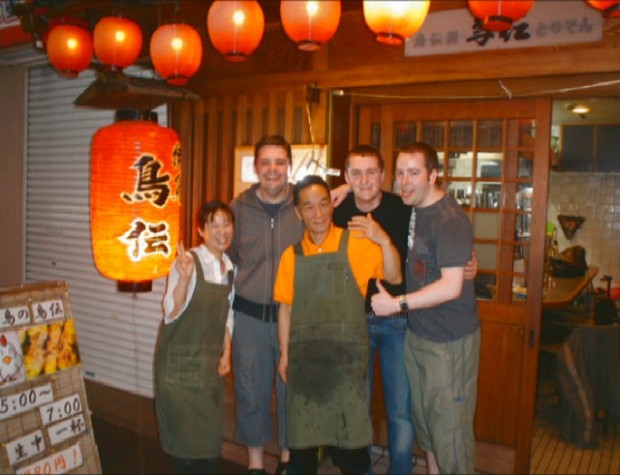 However, I have a liaison with a small yakitoriya in Osaka which will most likely be my first port of call. We visited this tiny little eatery as a result of our determination to be a little more adventurous than we had been and our efforts to avoid the easier picture menu restaurants. Our first attempt almost put our good efforts to bed after we accidentally stumbled into a Korean restaurant where the staff spoke no English, and only a little broken Japanese.. our combined Japanese skills amounted for very little and so after an awkward 15 minutes or so we left and found the warm and friendly yakitori bar. The owners of this place also spoke no English but exuded a welcoming warmth and us being able to point at any food we wanted in the bar top chiller was a definite bonus! On our first night a friendly Japanese family bought us a few jars of sake and enquired as to where we were from. We drank several biiru ate lots of meat on sticks combinations, a very good night was had.. so we went back the next day and got speaking to a very worldly Japanese man who seemed to have travelled to every English speaking country in the world at some stage. He translated for Mrs. Yakitoriya and she said that she loved us.. presumably as we couldn’t read the conventional menu and were eating the more expensive option whilst drinking a fair amount of beer and sake. At the end of that evening we asked a .. tattooed man .. to take a picture of us outside the bar with the owners and he complied and indicated on the way back in that he thought that I was Bruce Willis!

Twitter has also (as always) been a source of inspiration and has added a few potential destinations on the map.. I am very tempted to visit Shiraishi Island for a spot of drinking Margaritas (Moogaritas) at a cow themed bar on the beach.. I may have to schedule a visit in for Mooofest! on Sunday 27th of September. I may also have a visit to Matsue on the cards to drop of some Scottish oatcakes to a friend who lives there. Additionally, I was recently speaking to someone who lives in Fukushima and the story of the Byakkotai has tempted my Bushido Otaku senses and presents a powerful draw in that direction.

However, the most pressing visit at the moment is to the Japanese Consulate to pick up my passport and its new visa stamp! Only 14 days left in Scotland!