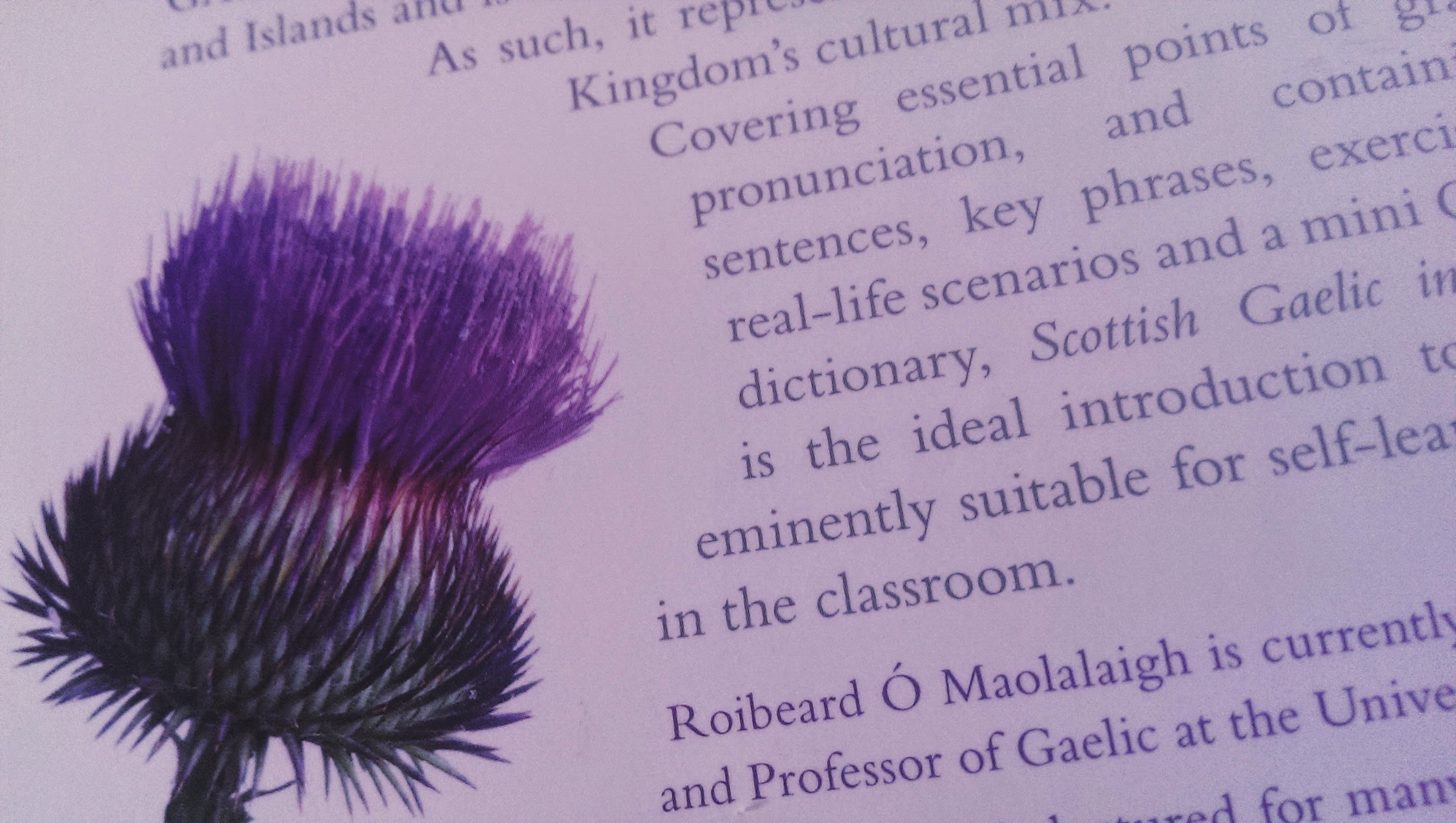 One of the reasons I am enjoying these Gaelic lessons so much is the wealth of information that is presented by our tutor throughout the classes, sometimes explanations of vocabulary background and sometimes related amusing stories. This week had plenty of both!

On a similar theme this week we learned Obh, obh! and mo chreach sa thanaig! – Obh, obh apparently doesn’t really translate into English but I’d say it may be representative of a mix between ‘meh’ and ‘grrrr!’ but it should normally precede a clause that explains its use such as mo chreach sa thanaig! which literally translates to ‘my destruction has arrived’ or more naturally ‘Good God!’. I like this :D

If wet isn’t accurate or descriptive enough for you, as often it isn’t in Scotland then you can precede fluich with bog which literally means ‘bogging’ as in ‘bogging wet’ or ‘soaking wet’.

As well as the grammar points which I went over in Càite Bheil Thu A’ Fuireach? – Lesson 3 we learned to count from 11-19 and the days of the week.

With regards to the days, each of them carries some meaning, some more interesting than others.

The second Sunday option is apparently more commonly used but either works.

Finally, a little bit about Murdo MacFarlane the writer of this week’s song. Murdo hails from Lewis, as does our tutor and he was well known around the island, in particular her father knew him pretty well. Murdo apparently was a great songwriter but a miserable man :)

This week’s song Cànan nan Gàidheal was written as a lament of the foreseeable death of the Gaelic language as all Murdo saw in front of him was the decline of the language. Thankfully, efforts have been made to keep Gaelic alive and the number of people in my class alone are testament to the success of these efforts.

As I mentioned in the main post, I like this song, the lyrics really speak to me and sum up why I felt the need to learn the language of my predecessors.

nor the sharp, withering East wind

nor rain and Westerly storms

but the plague that came from the South

of the language of my people and race

Chorus (after each verse)

Come to us, come with me to the West

and hear the language of heroes

Come to us, come with me to the West

and hear the language of the Gael

If a kilted man would be seen in the glen

certainly Gaelic was his language

then they tore his roots from the land

and replaced Gaelic with the language of the Lowlander

and the Highlands, once the cradle of the brave

is now a land of foreign majors and colonels

Bring out the golden candlesticks

and set up the white wax candles

light them in the room of mourning

hold a wake for the ancient tongue of the Gael

That is what the enemy once said

but the language of the Gael lives on

Though it fled for its life from the glens

and can no longer be heard in the Dùn

from MacKay country far in the North

down to Drumochter of cattle

But in the Western Isles

It is still the first language of the people