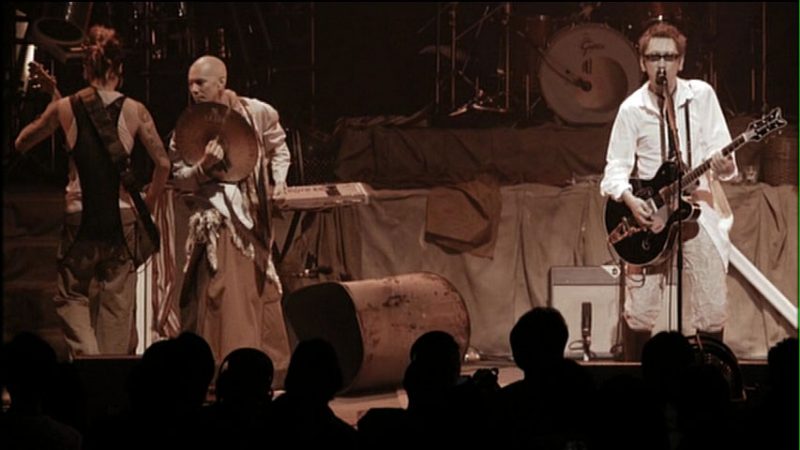 I have a good friend who is a BIG fan of B’z and I am grateful to him for introducing me to this excellent band. However, we have a running debate in which we only disagree by the narrowest of margins.

My opinion is that Tak Matsumoto is a fantastic guitarist but he has to share the limelight with his band’s lead singer Koshi Inaba (稲葉浩志) and therefore cannot let loose in the way that Tomoyasu Hotei can and frequently does.

However, Hotei-san is his band and he frequently plays with a different array of instrumentalists. This from a guitar perspective gives him the edge (in my opinion) though as a package B’z are a more professional and organised outfit, with a better singer.

We’ll probably never see them go head to head, so it’ll remain one of those unanswerable questions. Attached is one of my favourite of his videos 「カラス」in which he and mental drummer Tatsuya Nakamura (中村達也) go to town.. this is why to me Hotei wins.

Though I respect my friend’s opinion and position :).

Obviously, I could post a video of Tak Matsumoto for comparison but I genuinely don’t know which B’z song most strongly displays his guitar prowess.