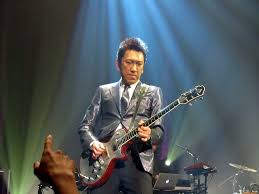 One somewhat congested evening in the midst of a major traffic jam on a highway in Tokyo, in between explaining the details of Japanese toilet behaviour and stifling some red-neck Americans from heckling during his heartfelt story of life as a kid in Hiroshima after the bomb, an aging and slightly senile tour bus guide shared with me and everyone else awake and paying attention, an interesting (albeit slightly inaccurate) factoid.

The bit of trivia was that Japan’s indigenous philosophy or quasi-religion of Shinto has eight million gods associated with it. The slight misinformation may have been down to problems with translation however the correct interpretation is that Shinto is said to have around eight million kami associated with it. These kami as described in the previous link do not carry the same connotations as the western concept of a divine, omnipotent being (God). However, now that the disclaimer is done, for the sake of this post I am going to go with the tour guide’s explanation..

The reason for this is simple, after discussing this newly acquired information with my travel companions we concluded that becoming a Shinto god must be a relatively simple process. As a result one of my friends nominated myself as the Shinto God of Scotland, this was seconded by my other travelmate and I was unofficially ordained.

With great responsibility comes great power.. or something like that and so, without further ado and with the powers vested in me I ordain Tomoyasu Hotei as the Shinto God of Guitar. Now, I’m sure there is probably some forms to fill out before it is all official, I’m whilst the rest of the newbie Gods were being shown the administrative ropes I was in an all night karaoke joint drinking beer and singing as if Scotland’s very survival depended on it.

I present the following videos in support of Hotei’s ordainment in case anyone should have any objections:

The first is another example of my favourite Hotei tune, the crowd participation and the energy in this clip are just fantastic! Not to mention the guitar work! LET’S GO!

Finally, another great cover, this time Eddie Cochrane’s “C’mon Everybody”. There were loads of fantastic clips on YouTube and it’s been a tough call to narrow down this list to 4.. go check them out!

So please join me in congratulating the new ギターの神! However, should anyone know of an equally talented or dare I say it, more talented guitarist then please let me know be commenting below, there can be more than one kami of any type.