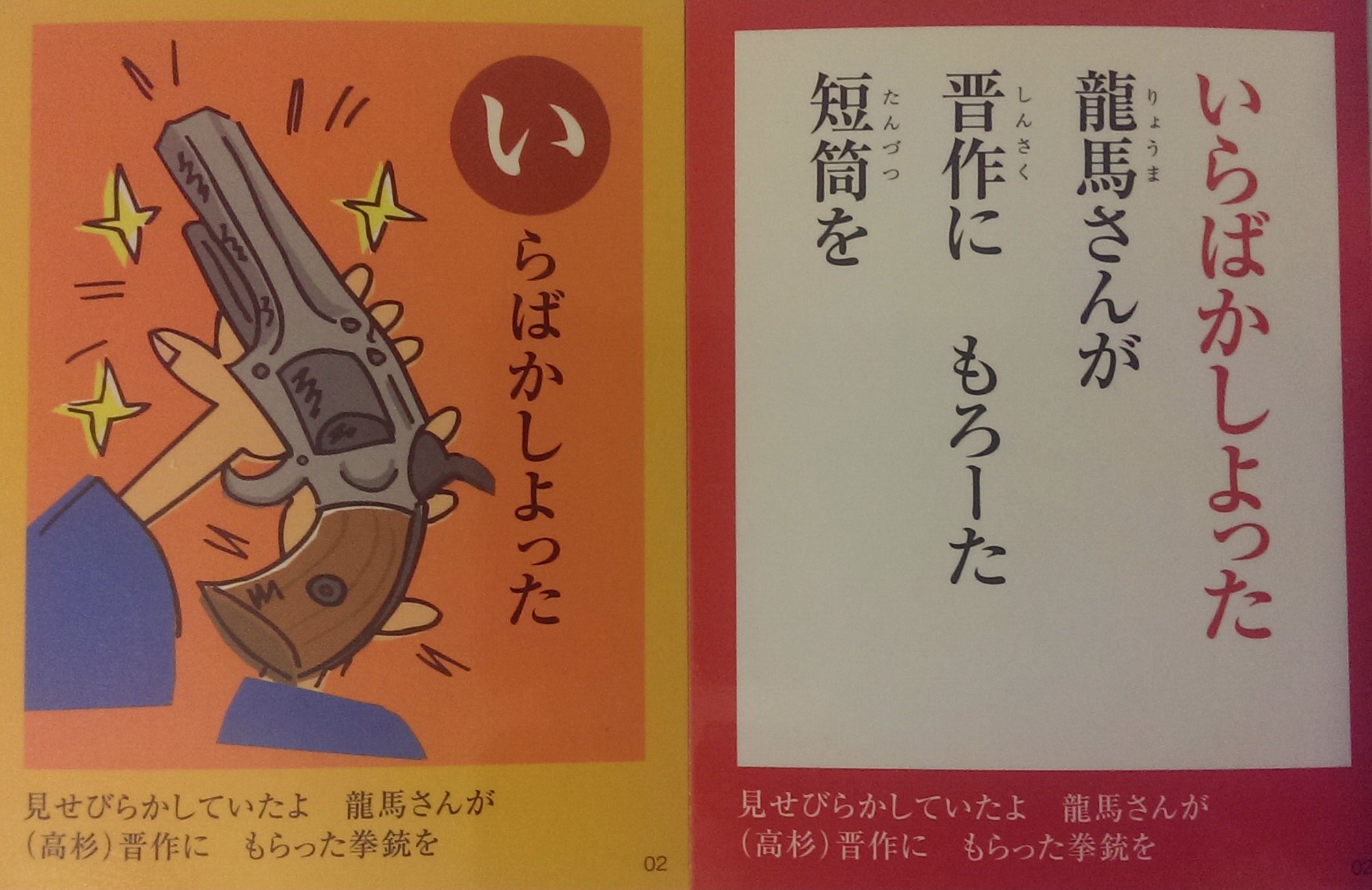 Following on from Tosa-ben Card Game (龍馬・土佐弁かるた) I thought it may be interesting for some people if I were to do a series of short posts relating to the vocabulary that I learn from the game.

Even if not, I’m learning that maintaining a Gaelic blog is helping me learn the language so hopefully this will help me with Tosa-ben.

Second in the series is いらばかしよった which is pronounced irabakashiyotta*, the meaning is ‘to show off’ or ‘to flaunt’ though this is in past tense progressive form so the meaning would be ‘was showing off’ or ‘was flaunting’.

The first ゆう represents present progressive tense, for example I am doing my homework now (not finished) would be おらは宿題しゆう (おらはしゅくだいしゆう – ora wa shukudai shiyuu).

Some verbs cannot be connected with ゆう but more information on this can be found on the Tosa Wave Blog.

The example sentence on the card is:

Now for the part of the post which is likely to go through various transformations as I’m corrected by my はちきん (hachikin) wife or family and friends from Kochi!

English : Ryouma (Sakamoto) was showing off the handgun he received from Shinsaku (Takasugi)

The rest of the sentence is pretty easy to explore this time as it is basically consists of peoples’ names (Ryouma Sakamoto and Shinsaku Takasugi) and alternative vocabulary for a pistol/handgun.